Based on the feedback and suggestions of our original post we are pleased to suggest some more meaningful movies.

Frequently Jewish educators look for ideas and resources for fast days such as Tisha B’av. They often turn to movies.  To help educators (and parents) identify appropriate movies are awesome intern Orah developed this list and we are well aware that this list isn’t complete.  We welcome your involvement in adding new titles.  Please comment on this post to offer any other suggestions that are not on this list below.  Each audience is unique.  We strongly encourage you to watch any film(s) before showing them. 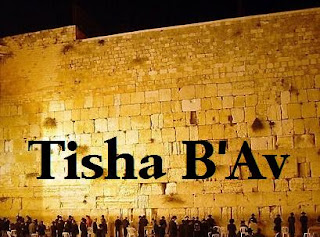 Bais Hamikdash Live (Runtime 1:15)
This features a presentation of the Beit Hamikdash (the temple), and guides the viewers through it history while making your way through the entire complex. There is narration going through the 3-D like Beit Hamikdash. It is available in English, Hebrew, and Yiddish.

Focus- 2001 (Runtime 1:46)
Lawrence, a Presbyterian and WWI vet, has been working for the same company for twenty years and is only at a mid-level job overseeing the steno pool, is unmarried, and is still living at home with his mother. At work, he turns down the job application of Gertrude Hart, as he believes she is trying to hide being Jewish. He is not anti-Semitic per se, but does not have the backbone to stand up to anyone or any group that is, or do anything about the world that does not negatively affect him personally, like the rape he secretly witnessed committed by one of his neighbors. Regardless, he can’t stop thinking about Gertrude. He soon understands her anger in not being hired as he begins to face discrimination, even in what he would have considered the most unlikely places, when he gets a new pair of glasses which make him look Jewish. It isn’t until he runs into Gertrude again and begins to spend time with her that he gets a clearer picture of the issue and what he needs to do as a start to live a happy life in a peaceful world free of discrimination, even if it is at an initial personal cost.

Gentleman’s Agreement (Runtime 1:58)
When journalist Phil Green moves to New York City, he takes on a high-profile magazine assignment about anti- Semitism. In order to truly view things from an empathetic perspective, he pretends to be a Jew and begins to experience many forms of prejudice, both firsthand and through his Jewish friend, Dave Goldman. Phil soon falls in love with beautiful Kathy Lacy, but their friendship is complicated by his unusual endeavor.

Hidden Figure (Runtime 2:07)
Three brilliant African-American women at NASA Katherine Johnson, Dorothy Vaughan and Mary Jackson serve as the brains behind one of the greatest operations in history: the launch of astronaut John Glenn into orbit, a stunning achievement that restored the nation’s confidence, turned around the Space Race and galvanized the world.

Liberty Heights (Runtime 2:07)
There is a Jewish family living in suburban Baltimore during the 1950s. A teenaged Ben completes high school, he falls for Sylvia, a black classmate, creating inevitable tension. Meanwhile, Ben’s brother, Van, attends college and becomes smitten with a mysterious woman and their father tries to maintain his burlesque business.

Sarah’s Key (Runtime 1:53)
A plot that goes back and forth between a tragic story involving the Holocaust and an essentially trivial, feel-good story about a modern-day reporter. In Paris in the 1940’s, we meet a Jewish family that is targeted by the Nazis for deportation to a death camp. Acting quickly, the family youngest daughter, Sarah shoves her kid brother into a closet and tells him to keep quiet and stay there.

School Ties (Runtime 1:47)
When David Greene receives a football scholarship to prestigious prep school in the 1950’s, he feels pressure to hide the fact that he is Jewish from his classmates and teachers, fearing that they may be anti- Semitic. He quickly becomes the big man on campus thanks to his football skills, but when his Jewish background is discovered, his worst fears are realized and his friends turn on him with violent threats and public ridicule.

Snow in August (Runtime 1:45)
A young boy from an Irish Catholic neighborhood in Brooklyn during 1947, starts to have a friendship with a Czechoslovakian Rabbi that in the end infuriates and Irish gang.

The Believer (Runtime 1:42)
Danny Balint is a member of a gang of racist skinheads who espouses a vile but well-articulated philosophy of anti-Semitism. Danny also has a secret- he is a Jew, and was a top student in Hebrew school before he began to ask too many questions. Angry and confused, Danny began to explore the philosophies of the neo-Nazi movement.

The Devil’s Arithmetic (Runtime 1:41)
Hannah Stern, an American-born Jewish adolescent, in uninterested in the culture, faith and customs of her relatives; however, Hannah begins to reevaluate her heritage when she has a supernatural experience that transports her back to a Nazi death camp in 1941. There she meets a young girl names Rivkah, a fellow captive in the camp. As Hannah and Rivka struggle to survive in the face of the daily atrocities, they form an unbreakable bond.

The Fixer (Runtime 2:12)
Yakov Bok, a Jewish handyman, who is wrongly imprisoned and accused of murder by the Russian Empire. As Bok struggles to deal with life in jail, his unsympathetic captors only make his existence harder as they cruelly press him for a confession to a crime that he did not commit. With nothing but time on his hand, Bok contemplates his existence and tries to come to term with his bleak situation.